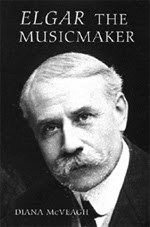 Diana McVeagh, author of Gerald Finzi: His Life and Music and Elgar the Music Maker, recently attended a rather special Elgar symposium in the United States. Here is her report:

I’m recently back from the , where I was attending the Bard Summerscape Festival, Elgar and his World. lies in 540 acres up the valley. The first surprise for me was how rural and beautiful it is, only two hours drive north of . Bard has run Summerscapes since 1990. Last year the composer was Liszt, next year it will be Prokofiev. Elgar was the first composer to be so honoured.

“…and his World" is the important phrase. Here we had two weekends (one more to come, October 26-27) of recitals, concerts, symposiums, introductory talks. The scholar-in-residence, Byron Adams, had devised programmes that were delightful in themselves but also history lessons in sound. Everyone knows that Elgar’s Enigma Variations put English music on the European map ‘at a stroke’. Hearing them after Parry’s Symphonic Variations and Stanford’s Concert Variations, worthy though both are, one understood exactly why Elgar’s genius simply shone out! There was less well-known Elgar, his early Harmony Music, his occasional Crown of India, his late Civic Fanfare. There were cross-references, to Debussy’s Noël des enfants and Faurés La bonne chanson. There were real discoveries (Ethel Smyth’s variations for flute, oboe and piano) and reinforcements of previous high opinions (Bliss’s Clarinet Quintet). There was popular music hall song, and the kind of intimate recital held in the homes of wealthy patrons.

The talks put Elgar in the context of literature, history, the visual arts, gender, imperialism. The performers were less familiar with the music than Londoners would be. Falstaff was note-perfect, but lacked communication. Enigma was played without the associations, traditions, and emotional baggage that we are used to – ‘ Dorabella’ with less tenuto than usual on the first wind semiquaver, ‘Nimrod’ without the Cenotaph, as it were - cleaned-up, uncluttered. I felt I was hearing the work freshly, almost for the first time, more what they would have heard in 1899. Leon Botstein, principal of and principal conductor, secured one of the most powerful performances of Gerontius I have ever heard.

For me, the Festival was stimulating, exhausting, provocative, enlarging. I have never found greater enthusiasm in any audience. The core comes every year, whoever the composer. I lost count of the people who said to me “When we heard it was to be Elgar, we wondered why. Now we know.” This year, Elgarians came from far and wide. I met people whose names and work I had long been familiar with, made new friends, partied, sat up half the night talking. We visitors were royally treated and entertained. Thank you Bard!

Posted by Boydell and Brewer at 12:51 No comments:

What the web needs now...

...is another blog. From Beyond the Stave is the new music blog from the Suffolk-based publisher, Boydell and Brewer, and its US sister company, the University of Rochester Press in New York State. Here you'll read about some of the people and stories connected to our music book publishing programme, snippets from our authors, comments from our music editors - Bruce Phillips in the UK and Ralph Locke in the US. We hope to include pieces on the important issues in classical music, features on our books in the media and, of course, lists (every blog has lists). Oh yes, and we'll tell you about our new music books and where you can find them.

We hope you'll enjoy it. We also hope you feel moved to comment now and then. After all, there just aren't enough blogs around, are there?
Posted by Boydell and Brewer at 16:10 No comments: