Letters from a Life

This isn’t a blog for blowing our own trumpet beyond giving you some idea of what we’re publishing and why we publish it. However our acquisition of the series, Letters from a Life: The Selected Letters of Benjamin Britten 1913-1976, is too important not to mention here. The fourth volume, covering the years 1952-7, will be published in May 2008, and takes in the years of Gloriana, Turn of the Screw and the ballet, The Prince of the Pagodas.

During this period, too, Britten’s stature as a major figure of the European musical establishment was blossoming. It also takes in his involvement with the Aldeburgh Festival, the English Operas Group and Covent Garden. Central to this period, and to many of the works that followed it, is Britten’s trip with Peter Pears to the Far East, where he encountered the music and cultures of Japan and Bali for the first time (see also Mervyn Cooke’s fascinating study of this in the Aldeburgh Studies in Music series).

Edited by Philip Reed, Mervyn Cooke and Donald Mitchell, Volume 4 of this series – “One of the most illuminating biographical projects in recent years” according to Peter Ackroyd – will possibly be the most exciting yet.
Posted by Boydell and Brewer at 17:03 No comments: 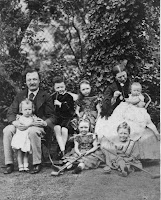 Another view of the recent John Stainer event at Magdalen College from Boydell editor, Bruce Phillips:

To the man on the Clapham omnibus the name John Stainer, if it means anything at all, tends to mean one thing only: his Passion oratorio The Crucifixion, first performed in 1887. Yet, as Jeremy Dibble asserts in John Stainer: A Life in Music, he was by no means a one-work composer. The long list of his musical and literary works in Dibble’s book bears witness to a prolific composer of church and choral music of all kinds, together with books, articles, lectures and musical editions. On top of all this Stainer was a highly accomplished organist and choir director, and played a leading part in the raising of standards in choral singing and music education in Victorian Britain.

In 1860, at the age of only 20, Stainer was appointed organist and informator choristarum at Magdalen College, Oxford. It was thus highly appropriate that Magdalen chapel should be the setting for Evensong on Sunday 28th October in which all the music was by Stainer. A group of enthusiasts and Stainer family members (Stainer had five children) gathered there to hear the choir under Bill Ives sing his rarely performed Evening Service in E, and the anthem They were lovely and pleasant in their ways, a setting of verses from Ecclesiasticus, written by Stainer during his twelve years at Magdalen. Both hymns were by Stainer, and one could easily imagine oneself back in the 1860s, Stainer conducting the becassocked and besurpliced choristers, candlelight piercing the gathering darkness, in this wonderfully expressive music so redolent of the Victorian era.

After the service there was an opportunity to congregate in a Magdalen senior common room surrounded by portraits and photographs of its eminent sons (including Stainer himself of course), congratulate Jeremy on his splendid book and drink a toast to the memory of Stainer and to several of his descendants who were present for the occasion. Many copies of the book were bought, and as I left the room I saw Jeremy signing the last three.

As Dibble says in his concluding paragraph, Stainer may be fairly termed the epitome of the Victorian composer. While he could not boast the higher profiles of Sullivan, Parry and Stanford (on the last two of whom Dibble has written outstanding biographies) his contribution to the larger fabric of Britain’s music was immense. We have now moved on from the reaction against Victorian culture and Dibble’s book, the second to appear in Boydell’s new series Music in Britain 1600-1900, will at last help us to get to grips with one of its leading composers.
Posted by Boydell and Brewer at 17:02 No comments:

If, as a publisher of specialist books on music, we can contribute something to raising the profile of a particular figure, that is a useful and rewarding service that we can offer the "community". John Stainer certainly falls into this category: a giant in his own time but now remembered largely for one work. Jeremy Dibble, author of a recently published biography of the composer writes:

John Stainer was recently launched at Magdalen College, Oxford on the Feast of St Simon and St Jude. St Jude is often remembered now as the saint of lost causes and for many Stainer has been associated with just this kind of sentiment. The Crucifixion, his best known work, may have its detractors,yet its undying popularity since its composition in 1887 tells us something about how ingrained and how “national” the appeal of this piece is to British ears, especially those within Anglicanism.

Stainer was a supreme professional, a deep thinker, one of this
country's finest and clear-thinking theorists, and, at his best, a fine
composer. His hymn tunes, like those of John Bacchus Dykes, are unrivalled,his anthems and services deserve to be better known - Magdalen choir's performance of the Evening Service in E and They were lovely and pleasant in their lives served as a vivid reminder of their quality, inspiration,and craftsmanship - and the musical excellence in our cathedrals and elsewhere, a national treasure, we owe to his vision, hard work and amiable personality. He is indeed one of our major musical luminaries.
Posted by Boydell and Brewer at 11:12 No comments: